The History of the Modern-Day Bridal Shower 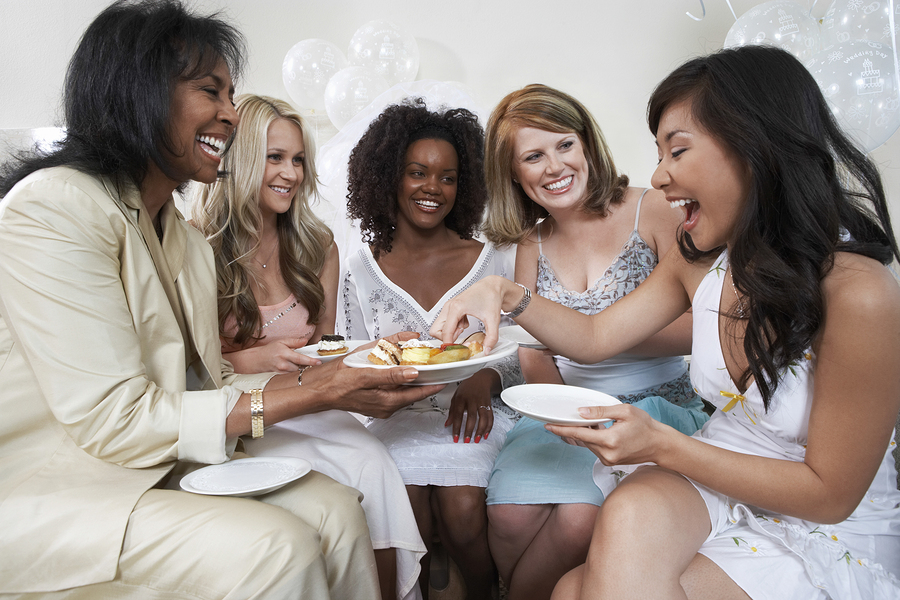 One of our most beloved pre-wedding customs, bridal showers are a fantastic way for the bride-to-be to celebrate her upcoming nuptials with friends, family members, and her bridal party. But while many women choose to partake in the tradition, few likely know where the modern-day bridal shower originated and why we give gifts to the soon-to-be-bride (who is about to get lots of wedding presents anyway!). To shed light on these, and other, interesting bridal shower mysteries, the event coordinators at De Luxe Banquet Hall in Los Angeles scoured the internet for clues about the origins of this much-loved pre-nuptial bash. Here’s what we found:

While the precise origin of the modern-day bridal shower is unknown, many historians believe the tradition originated in 16th Century Brussels, Belgium. According to popular legend, a beautiful young girl fell in love with the village miller who was so good to the poor that he failed to amass any wealth for himself. The girl’s father, desiring her to marry the richest man in town, threatened to without her dowry if the girl chose to marry the miller. When the poor citizens (to whom the miller had shown kindness) heard that the girl would lose her dowry, they “showered” her with hundreds of small gifts which, when combined, were far more valuable than her dowry.

Bridal Showers in the United States

Although the practice of providing a dowry is nonexistant in almost all modern cultures, the tradition of showing the bride-to-be with gifts (while affirming her right to marry the man of her choosing) enjoyed a resurgence in popularity in America around the turn of the 20th century. During this time, primarily upper middle families began throwing gift-giving parties for their well-to-do daughters, and by the 1930s, the tradition had spread to middle and lower-middle class rural America. The earliest use of the actual phrase bridal shower” is attributed to the Grand Rapids Michigan Evening Press, which wrote, “The ‘shower parties’ that through mistaken hospitality the wedded couple are forced to attend […]” in June, 1904.

Because bridal showers aren’t steeped in the same rigid social, cultural, or religious traditions as weddings, the format of the celebration is fairy flexible, with one exception: bridal showers evolved from a gift-giving tradition, so gift-giving is the one mandatory aspect of the pre-wedding party. Historically, gifts tend to reinforce gender roles emphasizes traditional gender roles – women are often presented household items, such as cooking or cleaning-related items, or gifts that reinforce the role of the wife as a husbands “sexual partner” – but in recent years, gifts tend to focus more on the bride-to-be’s actual interests.

Our multi-sized event venues can comfortably accommodate parties ranging from 50 to 400 guests in equally luxurious surroundings.